Surely, most, if not all of us, have a vague memory of playing an old computer game when we were little. These games, no matter how low-quality or pixelated they are to us now, always strike home. They are the exciting crashing on the computer chair with our tiny legs barely reaching the floor. They might also be the games we poured our hearts into, much to the dismay of our parents. We gained friends; we fought with friends over those silly things. They are not just games; they became our constant companion as kids who stayed at home.

Now that most of us are adults now, we might find it hard to bring back the days when we just sleep, eat, and play. We can, however, look back and reminisce about our childhood with this list of the best nostalgic games that you can still visit even to this day. Sit back and enjoy the blast to the past!

Come on! Who does not play the Club Penguin as a child? Even today, it is still existing for those who want to get a dose of the cutest penguin world you can think of! Since it was released in 2005, the online world has not been entirely friendly with Club Penguin. When it was re-launched as an app in 2011, the people went wild and it gained about 150 million users. For free, the social nature of this game allows users to interact with their friends and other people. People, like penguins, will earn coins and buy things for decorating their igloos. They can buy pets, date other penguins, and do penguin activities. This game has been the best for those who want to socialize and play at the same time.

No one could ever forget the cutest world Webkinz offered. Debuting in 2005, this game allows you to swim in a world of the cutest creatures. You can buy different animals. This has a plush toy counterpart and with the Webkinz online game, the kid can actually “adopt” their stuffed toy and live with them virtually. The catch, however, is that each plush toy is only valid for a year. Though eventually, the developers made the codes permanent. When you buy a toy, it will also include a code in which you will enter their site. You can earn their currency, do activities with your pet, and more!

If you have played The Sims, you are probably familiar with Bella Goth—the one in the red dress, her kid, and her husband. We all wanted to try setting sims on fire, do we not? We all know the Sims as “the” life simulation where we customize human beings. Some would play the Sims as if it is their ideal life and some would just want to have naughty fun. It also has life goals that are long term and short term. You can earn money and have relationships.

If you are into virtual island hopping, you would be familiar with Poptropica. This single-player game will give you a random character who will visit different islands on Poptropica. Each island would have a problem which your character is to fix. All you must do is save the islands from whatever problems they have. You will also interact with NPC.  While a single-player game, there are also common rooms where you can meet other players.

This game is also just like the usual endless running game—with a hint of nostalgia! Here, you get to be a robotic white unicorn running on a purple fantasy land. You will need to focus on staying on the platform as long as possible. You jump on hurdles and earn crystals. You must also avoid crashing or falling off. You get to have three lives before the game fails.

Kim Possible has always been one character girls look up to. It may be about how cool she is or how strong she is. This might be the reason most kids play Kim Possible: A Sitch in Time. This crime-fighting senior and cool cheerleader, along with her friend Ron, would work together to stop time-traveling villains who intend to bring doom to the world. You would play this game in three levels: the past, present, and future life of Kim Possible. There will be obstacles in each episode. You would just maneuver your way out of crashing on objects or being hit by foreign stuff.

What would a nostalgic games list be without the timeless Barbie games? All you have to do here is to act as a nanny to Barbie’s sister by completing different tasks.

Go back in time

Now that you have gone through some of the best games that bring you nostalgia, you would be surprised to know that they are all still accessible. Just go to their sites or check more lists on Robots.net. 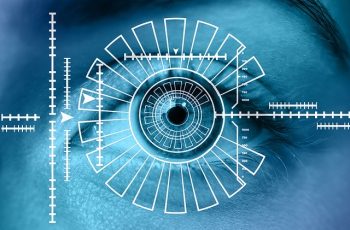 In the rapidly digitizing world, different industries are searching for … Do you live in Pakistan and suffering from excessive hair …