The TechRim > Blog > Others > Can Altcoins Ever Beat the Bitcoin Value?
Others

Can Altcoins Ever Beat the Bitcoin Value? 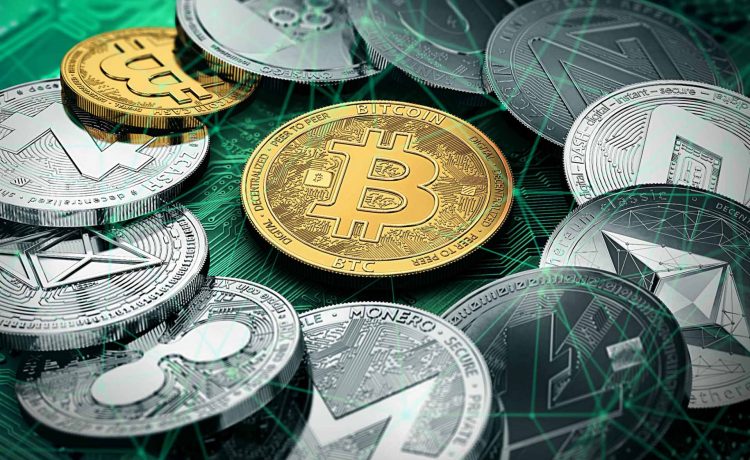 People tend to talk about Bitcoin and Altcoin in the same breath, and they are not wrong. Both are cryptocurrencies or digital currencies existing entirely in the virtual world. You can use them like fiat currency to shop for products and services. On the flip side, not many merchant outlets accept digital currency, and several countries have banned their use altogether.

Here is an overview of Bitcoin and Altcoin.

Table of Contents
1. Bitcoin
2. Altcoin
3. Can Altcoin Value Ever Reach Bitcoin?
4. Which Will Make More Money Bitcoin or Altcoin?

Bitcoin was started in 2009 by an individual or a group (no one is sure about the origin) going under the pseudonym of Satoshi Nakamoto and introduced as open-source software. It can be sent on the peer-to-peer Bitcoin coin or from one individual to another without the intervention of middlemen or intermediaries. All transactions in the coin are recorded on the Blockchain, a distributed and immutable public ledger.

A Bitcoin is a computer file and has to be kept in a digital wallet on the computer or smartphone. Just like traditional currencies, this cryptocurrency can be sent by others and kept in a digital wallet. Conversely, it is possible to send Bitcoin to others from the wallet. Since every Bitcoin has its history recorded with a stamp of ownership, it is impossible to spend a single coin not owned by a specific entity.

After the early success of Bitcoin, other cryptocurrencies joined the fray. These are called Altcoins or any other virtual currency other than Bitcoin. Altcoin is a breakup of two words – “alt” and “coin.” By conservative estimates, there were almost 5,000 types of Altcoins in 2020, and they accounted for about 34 percent of the crypto market.

Namecoin, introduced in April 2011 just two years after Bitcoin was the earliest Altcoin. It used the same code and proof-of-work algorithm as Bitcoin. Namecoin split from Bitcoin and allowed users to register and mine the .bit domains to bypass censorship and increase anonymity. Following in Namecoin’s footsteps was Litecoin, released in October 2011. It diverged from Bitcoin and Namecoin in several aspects, including permitting the mining of a total of 84 million coins against the limit of 21 million by Bitcoin and Namecoin.

The Ledger Nano device is the first of its kind. The Ledger Nano is an extremely small and compact device that is a personal secure database server. It utilizes the award-winning Simplicity Theory. It is an ultra-portable device with no installation required (no hardware or software is required), meaning it can be taken anywhere. And also you can easily Download Ledger Live(تحميل ليدجر لايف).

Some of the other Altcoins released subsequently include Ethereum, Chainlink, Komodo, Bitpanda, among a lot more.

Can Altcoin Value Ever Reach Bitcoin?

Bitcoin prices have been traditionally volatile, reaching unprecedented peaks and lows. But even if massive lows were to happen, it is unlikely that the Altcoin’s value will reach that of Bitcoin. There is a reason for it. Bitcoin has a limited supply of coins in the crypto space when compared to Altcoins. The only other coin that comes even close in supply is Bitcoin cash, which is unlikely to reach Bitcoin levels.

Bitcoin is destined to be the pack’s leader far into the future mainly because of its high market cap, which is the price of one coin multiplied by the total number of coins in circulation. This is a better way to evaluate how a market values a coin, and Bitcoin is way ahead of the others in this ecosystem.

Today, the market cap of the cryptocurrency market is around 1-3 trillion USD. Studies have shown that institutional investors have mass adopted certain Altcoins like XRP, ETH, TRX, etc. If ever Altcoin value reaches that of Bitcoin, these are the cryptocurrencies that have the best chance.

Ethereum (ETH) has the greatest possibility to take the top spot simply because several Altcoins have been created from the Ethereum Blockchain. XRP is also in with a chance since it is more decentralized and has its own Distributed Decentralized Ledger. Although, whether its Bitcoin or Altcoins if you invest in any cryptocurrency you will make good money from trading in it. If you are looking to invest in Bitcoin or any other cryptocurrencies to make huge profit from it then Bitcoin Era is a perfect platform for you. It is a platform that makes you earn good profit from trading.

Which Will Make More Money Bitcoin or Altcoin?

To answer this question, it is necessary to understand the market movements of Altcoins and Bitcoins. If prices start to rise, Altcoins will offer larger profits than Bitcoin because of the relatively smaller market cap, but if prices fall, Altcoins will dump more than Bitcoins. This was seen during the bull run of 2017 when holders of small coins became millionaires overnight but were left with dud tokens when the market crashed. This is not likely to happen with Bitcoins.

Bitcoin prices have also risen or fallen dramatically in the past, often adding, or eroding 80 percent of its value. But with its limited supply and ruling by consensus, it has unmatched potential for buyers and is a very secure investment.

The conclusion then that in 2020, Bitcoin is way ahead as an investment option. Apart from being a buffer in uncertain times, it is also the original cryptocurrency and leads the BIP process through Blockchain. While Altcoins can temporarily make you more money than Bitcoins, it is risky, and you can lose everything in the blink of an eye.

Share on FacebookShare on Twitter
addison19th January 2021
the authoraddison
Addsion Is a Blogger and an SEO professional. Co-founder of dsnews.co.uk, I have 2 years of experience in SEO & 1 year of Successful blogging @ dsnews.co.uk. I have a passion for SEO & Blogging, Affiliate marketer & also interested to invest on profitable stocks.
All posts byaddison
Leave a reply Hack the Hacker: 7 Webcam Safety Tips for your Security

How to be a Better Gamer