Catalog launch brings a cross-chain DEX to its blockchain

Ren shines out amid a sea of red cryptocurrencies with the debut of Catalog and a move toward the Polygon blockchain, which results in a 65 per cent gain for the cryptocurrency.

Decentralised finance initiatives like Ren saw significant growth in 2021, only to have their value plummet by the end of the year as high fees on Ethereum (ETH) led to lower activity for numerous protocols, and DeFi took a backseat to more popular sectors such as nonfungible tokens (NFTs).

Following recent global events that have highlighted the advantages of DeFi and owning assets outside of the conventional financial system, it looks as if the downturn is about to reverse course.

A probable price reversal in Ren is due to the introduction of the company’s first layer-one application catalogue, the debut of VarenX on Polygon, and the announcement of several new collaborations and integrations for REN and the Ren Virtual Machine (RenVM).

The introduction of Catalog, the first application developed on the Ren blockchain, has been the most significant development to come out of the REN project in recent months.

As a result, Ren will be able to fund a diverse range of projects without worrying about meeting liquidity requirements. The Catalog liquidity mechanism will access native asset pools and liquidity across third-party DEXes.

The ability to earn passive income on cryptocurrency held in a Catalog account without the need to stake or participate in liquidity pools are some of the other features of Catalog, which will be expanded in the future to include the ability to link a bank account for convenient deposits and withdrawals.

Table of Contents
1. VarenX launches on Polygon
2. Partnerships and integrations

The integration of REN’s VarenX DeFi hub into the Polygon network was the second step that gave the company a lift in momentum. To acquire traction, VarenX must first establish itself on the Ethereum network, which has been challenging for the company.

Because of Polygon’s low transaction fees, VarenX has provided gasless transactions via its “FreeWei” feature, which covers the costs of gas for users, letting them perform cross-chain transactions for free.

A third aspect that has contributed to the improvement in Ren’s outlook has been a succession of collaborations and integrations that have served to deepen the company’s cross-chain relationships.

Recent partnerships have included Ren partnering with Kava to participate in the Kava Pioneer initiative, which has seen the RenVM deployed on the Kava Network Ethereum co-chain on March 8.

Tags:blockchain
Share on FacebookShare on Twitter
Amy Rey10th May 2022
the authorAmy Rey
Lifelovesu2@gmail.com
All posts byAmy Rey
Leave a reply 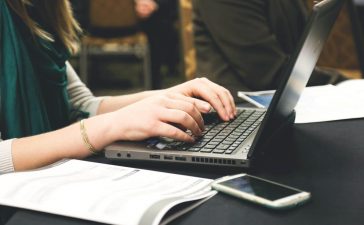 Types of Commercial Entrance Mats You Can Choose