How Blockchain technology will disrupt the Mobile App industry 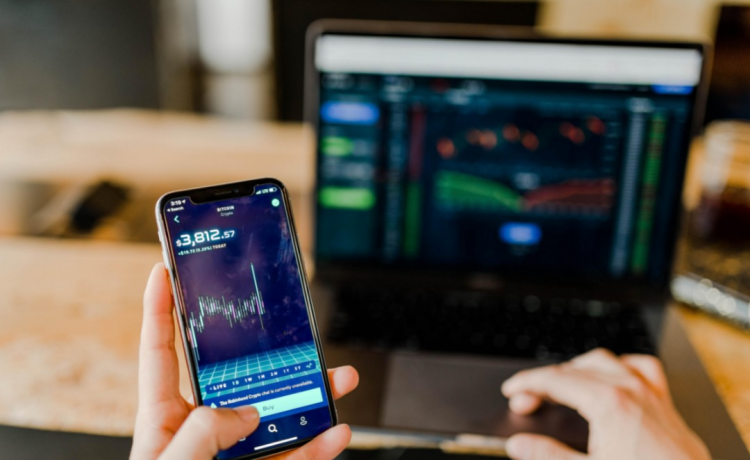 Cryptocurrencies seem to have taken over the world by storm, and as the world of finance gets closer to decentralization, it is worth recognizing the technology that powers cryptocurrencies and how it can impact other areas of our lives. I’m talking about Blockchain technology and its influence on mobile app development.

In this post, I want to discuss how blockchains are set to disrupt the world of mobile apps and what trends development companies need to watch out for. But first, let’s take a look at what Blockchain technology really is and how can it be applied.

Table of Contents
1. What is Blockchain?
2. How can blockchain transform mobile apps?
2.1. Secure transaction
2.2. A better way to advertise
2.3. Managing rewards better
3. Challenges of implementing blockchain within mobile apps
4. Conclusion

Blockchains are the underlying technology that power cryptocurrencies like bitcoin. Blockchains are essentially digital ledgers that store bitcoin transactions in the form of blocks. Every few mins a new block is added to the chain (hence blockchain), which contains records of the transactions that happened in those mins. The ledger is also decentralized, meaning there isn’t a single copy of the blockchain, but rather all users have a copy of it and are incentivized to ‘verify’ the blocks. This means that for anyone to cheat the system, they would have to alter blocks across multiple devices before any of the participants validate them (needless to say, you’ll need impossibly ridiculous computing power to be able to do that). As a result, blockchain product development provides military-grade security, all the while being transparent (at least in the case of cryptocurrencies). This is what makes blockchains so practical and attractive, and any sector or technology that could benefit from incorporating a more transparent and secure structure could potentially incorporate blockchains.

But where does all of it relate to mobile technology? And how can mobile app development companies USA and worldwide implement blockchain technology to improve their digital products?

How can blockchain transform mobile apps?

The first obvious application is within the financial system. The rise of cryptocurrencies has led the way for a lot of payment apps that are significantly more secure and reliable than their traditional counterparts. Many believe these apps will be the norm in the coming years because they offer serious advantages that cannot be overlooked. For instance, being decentralized, these payment platforms won’t hold any authority over the transactions and data within the system. This obviously leads to more trust within the uses which is further amplified by the higher levels of security and speed that blockchain provides.

Payment apps also save significant resources when it comes to recordkeeping and data handling, and verifications. Many experts believe this cost-effectiveness will be one of the biggest incentives for building these payment applications.

On top of that, many trading platforms have popped up recently that deal exclusively with all kinds of cryptocurrencies; and these are likely to grow in number as retail investors continue to identify cryptocurrencies as an asset class. This will only accelerate crypto’s transition to the mainstream and will promote more blockchain-based technologies and apps in the coming future.

Another interesting application of blockchain will be the use of smart contracts. Smart contracts have the terms of the contracts built into the program’s code, meaning that once the conditions have been fulfilled between two parties, the payment will be made automatically. This can potentially streamline many transactions within mobile apps.

A better way to advertise

Most apps on the app stores generate revenue via in-app advertisements. Blockchain has the potential to transform the advertising industry by including new ways of generating revenue for top app developers as well as users. Currently, developers rely on the cost-per-click model, but some brands are trying to replace that with a cost-per-attention model. Because anyone, in theory at least, can launch their own blockchains, brands can produce their own tokens to be used by their customers. A good example of using this to improve on current advertising models can be seen with the Brave browser’s basic attention tokens.

Another significant way in which blockchains can impact advertising is by cutting out the middlemen, allowing ads to be more accurate and much cheaper. Ad campaigns will be designed around specific rules and thus would only let relevant users view the ad, saving costs and making the campaign much more efficient.

Many brands have implemented loyalty programs that offer various rewards to their customers via their mobile apps; for companies dealing with a large number of users, blockchains can make these transactions much smoother and efficient, improving customer experience.

This can even be applied across brands where multiple companies offer the same reward points exchanged over a single blockchain; users can earn rewards from one brand and spend them on products and services from a different company, greatly improving customer satisfaction.

While there are many hurdles we need to cross before blockchain technologies become commonplace, perhaps the biggest challenge is the age of the technology. Blockchain is still a very young technology, and as a result, there simply aren’t enough experienced developers to build apps based on it. There is also a lack of official regulation and public understanding on the issue, which can potentially delay the adoption of blockchain technology.

Another significant challenge to implementing blockchain technology specifically into mobile apps is that most smartphones would lack the necessary computational power to run long and complex blockchains. Also, being constantly connected to the network, verifying blocks would strain the device much more than we would like. Thus, it makes sense to wait until we transition into a proof-of-state model rather than proof-of-work before implementing blockchain within mobile apps.

Blockchain tech is set to disrupt multiple industries, including mobile applications. Companies are already gearing up to find new and novels ways to leverage and innovate with blockchains, and it’ll be interesting to witness how this groundbreaking technology will enter our everyday lives.

If you too wish to develop mobile applications with (or without) blockchains, Goodfirms has compiled top mobile app development companies to outsource your projects to.

How do you think blockchain will disrupt the mobile app development landscape, and how will brands and consumers benefit from it?

Tags:Blockchain technology
Share on FacebookShare on Twitter
addison29th May 2021
the authoraddison
Addsion Is a Blogger and an SEO professional. Co-founder of dsnews.co.uk, I have 2 years of experience in SEO & 1 year of Successful blogging @ dsnews.co.uk. I have a passion for SEO & Blogging, Affiliate marketer & also interested to invest on profitable stocks.
All posts byaddison
Leave a reply