League of Legends: wild rift new update and play it on PC 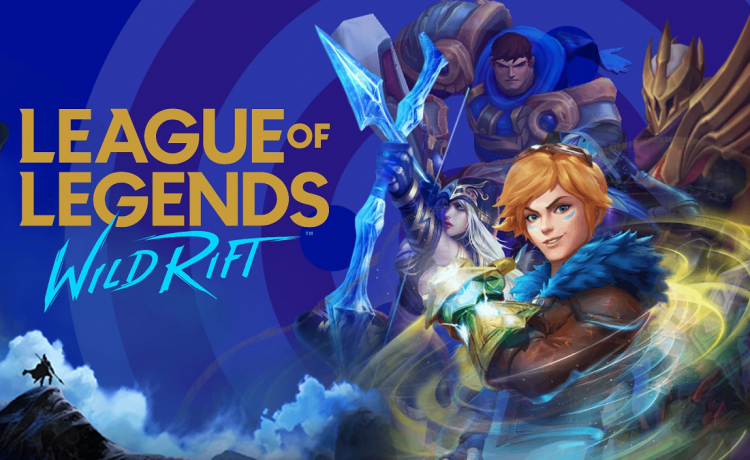 Riot Games are all set to release another update patch of a wild rift with many big updates. From bringing in new items, new characters, icons, and skins, this new monstrous update patch is bringing hordes of new exciting features. Wild rift is all ready to launch in North America, Hong Kong, and Macau, attracting millions of users who loved playing the PC version of League of Legends but they will get to experience all-new, fun, and exciting League of Legends: wild rift which is the mobile version of the PC version LOL.

A brand new champion is added to the list named Galio. Galio will be released to the world on April 1 at 17:01 PST. Galio is like a stone colossus, keeping a vigilant watch, standing motionless but once activated by powerful magic stirs, he will make up most of the time by defending his countrymen.

Patch 2.2 will bring a new feature with its launch that on which Riot Games was working. Similar to the PC version with Position Preference you will have more control over your character. You will be given a position, not just specific but according to your previous history and saved up position. In this way, you will have more control over your champion. This feature won’t be available in the Americas. A brand new mode which is very popular among the PC version is now being introduced in this game which is ARAM (All random All mid). You will have a single lane with a chosen champion which will be given to you. You will get two new exclusive spells which are in PC version Mark dash and Clarity. ARAM will be tested out before it is ready to be available for the world and to narrow down the dates of possible release it will be available after 15 days of 1st April that will be between April 15 to May 19th. So team up with your friends, queue up and play ARAM.

This brand new update will bring Wild pass, a new way to earn more content just for playing. Upgrade your wild pass to obtain some new rewards and in the end, you will get a brand new skin at the level of 50. Beyond level 50 you will still be able to earn more rewards. This skin will be of Hexplorer Jex.

A new 120Hz update is more likely to roll out which is made to test for few high-end devices. If you experience heating issues during that time then it’s normal to experience but care should be taken. You can always go to the setting and can change your settings to prevent your device from overheating if you feel the urge to do so.

More and more languages are added in this update patch 2.2 like Brazilian Portuguese, Latin American, Spanish, and Arabic. Some issues will be fixed regarding incorrect display in some languages. That error will be eradicated in this update.

There will be several in-game items that will be released in this update like Winged Moonplate, Force of Nature, and Frozen Heart. You will get to know more about these when they will be officially rolled out for the public.

All these new features will make your gameplay more fun and exciting. Updates are usually rolled out to make the game more fun and interesting. This will improve your gaming skills too. To improve your gaming skills more we will suggest you not limit your hands on your phone screens and experience this spin-off version of wild rift on PC with a bigger and better screen, no need to worry about the limited battery life of mobile phones. To do all of these you will be required to download LDPlayer which is the perfect match to play League of Legends: wild rift.

With ease and fun, this new update patch 2.2 of the wild rift is bringing many exciting features. Then why waste your time and effort on small big computer screens, LDPlayer is compatible to play wild rift even with its new update that will eventually roll out after 1st April.

Tags:league of legends
Share on FacebookShare on Twitter
ABHIYAN1st April 2021
the authorABHIYAN
Abhiyan Chhetri is a cybersecurity journalist with a passion for covering latest happenings in cyber security and tech world. In addition to being the founder of this website, Abhiyan is also into gaming, reading and investigative journalism.
All posts byABHIYAN
Leave a reply Green Screen Background – How It Works And The Advantages Involved Why do most of the Gamblers Prefer to Play at Joker123