The TechRim > Blog > Others > Make early Cold War games
Others 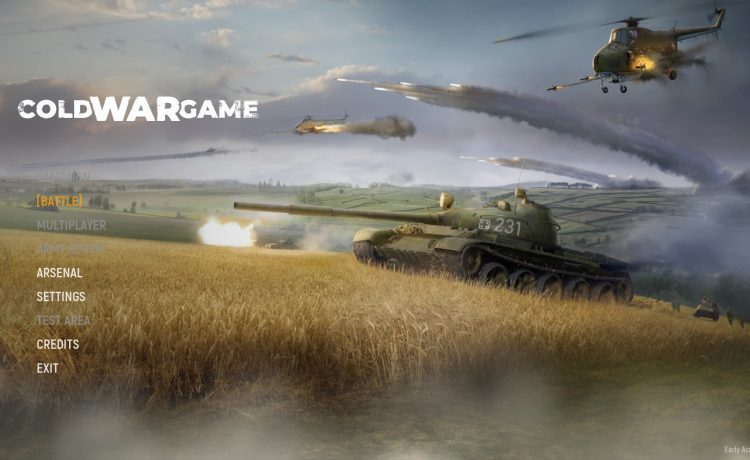 It took Wargame three games, but they made the Cold War going hot a viable strategy genre. It hasn’t been that way since the days when this hypothetical was something that could still happen. WARNO. Regiments. Broken Arrow. All are the games we can expect this year. We have some older titles like Armored Brigade and Flashpoint Campaigns (waiting for a DLC) or last year’s Combat Mission: Cold War. But if there’s one thing these titles do with annoying consistency: setting their what-ifs at the end of the Cold War. And I think they should stop. Yes, I know that Armored Brigade covers all of the Cold War and Combat Mission does 1979-1982. Shut up.

First, the less-generous interpretation of why game developers choose to set their Cold War when it’s almost not Cold War anymore: kiddies. They might not be actual tweens, but the Wargame fandom is saturated with fans of questionable taste who want to see the latest (to Cold War) hardware. Wargame went as far as to extend the timeline of Red Dragon into the 1990s just to smuggle some T-90s in.

And this doesn’t come from any cool interest in seeing how military tactics would deal with the increasing lethality of the battlefield: people just want to see the shiniest, most advanced toys that many gums had been flapped about by various armchair generals. You can read more about it at Barreldrill . They want Ka-52s, LeClercs, Challenger 2s and so on. This is especially true to Wargame, a series that has never really been about depicting Cold War warfare in anything approaching a realistic status. It’s all about making the most popular toys hit each other in a toybox while making explosion sounds. In it, this trend mirrors the plague of late war that is choking all mediums of World War 2 gaming.

For a more generous interpretation, late Cold War is when the West finally gets a (non-nuclear) fighting chance. 1980’s saw all the Good Tanks and other toys enter the field, their technological edge finally outweighing the advantage in numbers that the USSR still possessed despite falling behind in tech. In that sense, Combat Mission: Cold War is very much commendable, as it specifically has 1979 and 1982 as dates to explore significant differences that new tech would make on the battlefield.

But outside of CM, most rush for 1989 as basically the last time you can feasibly take out your tank park to Fulda to play. But that’s the date when the pendulum has swung too much the other way, putting the Soviet Union on a serious back foot. Playing USSR in the (otherwise excellent) Flashpoint Campaigns feels like darkest V3 era Soviets in Flames of War: everything sucks, and you can only win by leaving a lot of corpses and wrecks on the table.

Oh, another thing I should mention for the sake of completion is that early Cold War (especially around 1960s) plans just had “nukes” circled three times. Pentomic army and similar ideas were borne from the fevered dreams from the nuke equivalent of crypto bros. Although this is the least likely reason as any CWGH game presumes that sunshine remains canned to function anyways.

Now, why would it be nice to set stuff in an earlier war? Two things: slower pace and variety.

Those are but the most prominent of benefits of setting your game in the early Cold War. You just need to be brave enough to do it. Let quality and audacity carry the game to places where Apache-based pandering never will.

How to Select the Right Payroll Software for Your Business?