As Spectrum aggressively continues to work towards expanding its coverage area, it is becoming a common option across the United States to sign up for one of the several Spectrum internet packages.

The merger between Charter Communications, Time Warner Cable, and Bright House Networks has led to Spectrum being the second second-largest cable internet provider in the country with only Comcast being ahead of it. Since the merger, Spectrum has been able to expand its high-speed internet service to millions of people across 44 states in the country Hawaii. Hawaiians do check out Spectrum mobile Hawaii for the most affordable packages along with huge coverage.

Spectrum is famous for its residential cable internet service, even though they also offer cable TV, home phone, and business internet services. Compared to its competitors, Spectrum has standardized and has very straightforward pricing. As the number of cord cord-cutters rises so does their favor towards Spectrum internet because it neither has a contract nor any data caps. Even the cheapest option offers unlimited streaming for Netflix or Hulu users.

There are three internet packages offered by Spectrum for customers looking for the internet only.

Above is a range of speeds available through Spectrum internet and every area may have different speeds being offered at a specific address. It is best to call up the Spectrum helpline to talk to a Sales Representative and make sure what exactly is available at the address you’re residing.

Since the introduction of Spectrum’s Gig internet, it has been provided to millions of households and Spectrum assures to continue expanding it in the years to come. So even if you don’t have access to it right now, don’t worry because it may be sooner than you think that it is provided in your area.

Also Read: Should You Bundle Cable, Internet, And Phone?

From entry entry-level internet to the high high-end tier, with its DOCSIS 3.1 network growth Spectrum gives its competitors a run for their money. With such high speeds available, it could be tempting to sign up for the highest available. You might think it’s just a little more money but besides being budget-friendly, your internet should be according to your needs too. That’s why it is important for you to gauge your internet usage before choosing the speed tier you sign up for. There’s no point wasting away money on something you don’t really need.

The tricky part is the prices for these packages. Spectrum’s quoted prices are exclusive of taxes, fees, and surcharges. Even if you ask at the time of signing up the representative won’t be able to give you the final price that would appear on your bill. Although, the tax rate for your state would apply to your monthly bill so that should give you a rough estimate.

The standard speed you will be offered by Spectrum in the majority of areas is up to 200 Mbps. However, the actual speeds received are close to 60 – 100 Mbps. Even in this case, these are fast enough speeds for users who want to stream online videos, connect multiple devices to the internet, and play games online. For example, if you wanted to download a 3GB video file on Spectrum’s 100 Mbps internet it would only take 4 minutes.

It would be good to keep in mind that Spectrum uses cable infrastructure, which means the cable network is shared between several houses in the neighborhood. Thus, it is possible that you may face reduced speeds during peak hours when almost everyone in the neighborhood is using the internet.

There you go, now you have an overview of Spectrum internet packages. Make sure you gauge your usage before choosing a package to ensure no wastage of resources and get a rough estimate of the final price so that there aren’t any surprises on the bill.

Share on FacebookShare on Twitter
ABHIYAN28th September 2020
the authorABHIYAN
Abhiyan Chhetri is a cybersecurity journalist with a passion for covering latest happenings in cyber security and tech world. In addition to being the founder of this website, Abhiyan is also into gaming, reading and investigative journalism.
All posts byABHIYAN
Leave a reply How To Get The Right Medicare Insurance Company? Tips That You Should Consider 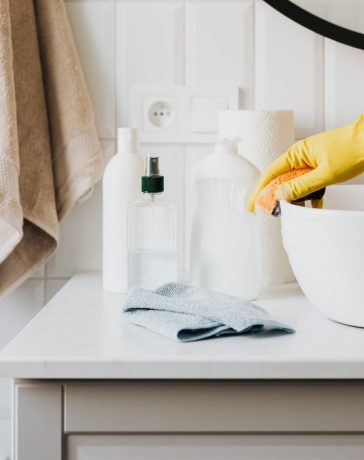 The Best Places To Spend Your Marketing Dollars Post Covid19

How Much Does a Central Air Conditioner Repair Cost?