Spy Technology in the Workplace 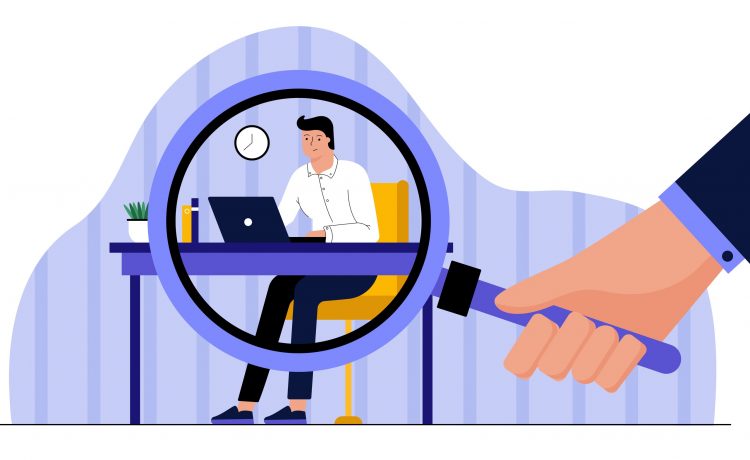 As profit margins get tighter and the competition increases, some employers have looked to use certain technology to spy on their employees in the workplace.

This has backfired badly on Barclays as they were accused of spying on their employee’s downtime and productivity and even faced a $1 billion fine. Barclays is no longer using the software to spy on their workers but many other companies are using dubious big brother monitoring methods.

However, for all the potentially harmful and possibly even unlawful spying that happens in the workplace there is also some good that can come from using spy technology.

Here are some of the ways spy technology could be used in the workplace and also when it shouldn’t be.

Table of Contents
1. Is it legal to use spy technology in the workplace?
2. Types of spying technology
3. What are the legitimate reasons for using spy tech in a working environment?
4. How monitoring can increase trust and cause distrust
5. Summary

Is it legal to use spy technology in the workplace?

This is the first question that any employer or user of spying software or other technology should be asking themselves.

In the UK, The Data Protection Act helps to protect employees’ sensitive information and employers need to be fully aware of how monitoring an employee could breach this law.

Clearly, certain levels of monitoring can help reduce theft, protect employers and employees alike, and even increase productivity. However, the way employers spy on their workers needs to be justified, the employees notified they may be monitored, and the least intrusive method chosen.

There are many ways that an individual or a business could spy or monitor others. There are many legitimate reasons that GPS trackers are used in business. These include tracking deliveries so customers know when to expect a parcel, or with taxis to see who is nearest to the next pick-up.

Other types of technology can be overly intrusive though and back in 2019, Google workers accused their employers of spying on them. The belief was that a new calendar extension was only added so it could monitor when staff was trying to have meetings and organize.

Amazon patented wristbands with haptic feedback to guide workers in the right direction and ultimately make them more efficient. Some might say it was to make them more like robots.

Keylogging software has also appeared in the news with some companies accused of using this technology to record workers’ keystrokes. The problem lies in the fact that the companies are likely to record passwords and other private information and there are Federal laws that disapprove of this.

What are the legitimate reasons for using spy tech in a working environment?

Fortunately, it is not all bad news and for budding James Bonds, there are some useful spy gadgets available that you can use ethically.

Spy glasses with built-in cameras could be utilized by service engineers when they are out in the field. The cameras could send live feeds back to the tech department at HQ where another engineer can advise on any problems during a repair job.

They could also be used to record presentations and lectures to be played back later for further references. The SpyCentre provides many gadgets like these and more, such as voice recorders and spy pens.

Voice recorders are a small and unobtrusive way to record during a meeting. As long as you are abiding by State and Federal law you can record conversations legally.

How monitoring can increase trust and cause distrust

The incident with the Google calendar extension shows how some employees distrust their employers. This may be because of past activities or just the current atmosphere where workers are feeling more pressure from upstairs and feel that they are being watched more.

There are other ways spy or monitoring tech can be beneficial. In the past, many workers had to clock in manually with paper cards to show what time they arrived and what time they left. If this was missed they could be docked wages or miss out on overtime they had worked. Nowadays, many companies use simple swipe cards that double as security access and as time-keeping cards. This way an employee their overtime is recorded correctly just by entering the building.

Security in the workplace is also a concern and it is necessary to use cameras, access cards, and other forms of monitoring to ensure no unauthorized people enter the workplace. While having to enter a password into your computer every time you return from a short time away from the desk might make you concerned about monitoring, it also stops anyone else from accessing the system.

While some people might want to secretly track people’s locations and companies want to monitor workers, there are clear ethical and legal issues to address. Trust can be damaged by the use of spy and monitoring technology if not used correctly, and it can create a toxic work environment.

On the other hand, there are some great spy gadgets available that can be used safely and legally in the workplace and help with productivity and generally make life easier.

Share on FacebookShare on Twitter
addison19th April 2021
the authoraddison
Addsion Is a Blogger and an SEO professional. Co-founder of dsnews.co.uk, I have 2 years of experience in SEO & 1 year of Successful blogging @ dsnews.co.uk. I have a passion for SEO & Blogging, Affiliate marketer & also interested to invest on profitable stocks.
All posts byaddison
Leave a reply Experience A Savage Revolution Of Battle Royale With Escape From Tarkov

5 Tricks to Avoid Losing All Your Money Using Forex Accounts