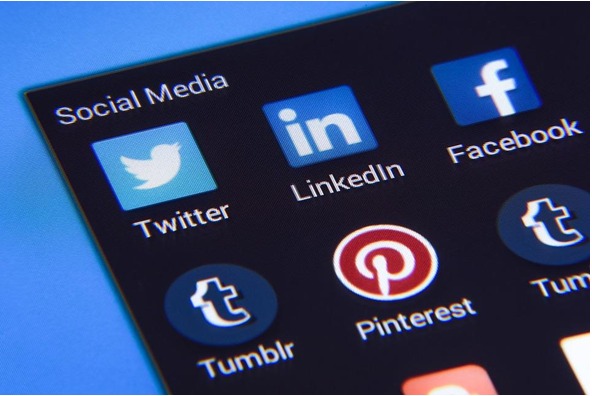 The U.S. has been one of the biggest names in the tech world. You can’t talk about some of the major tech brands and fail to mention the U.S. However, some companies have stood the test of time, changed how people do things, and positively impacted the country.

The following are major tech sectors in the U.S. that are benefiting both the economy and customers:

Hardware and software industries are among the biggest in the U.S. The country is known for both budget and high-end software applications and hardware in various niches such as computing and mobile devices.

The following are some of the significant computing and software companies:

Since its incorporation in 1976, Apple Computers Inc. has become the leading company in hardware and software innovations. It is one of the most profitable and successful brands in the World, employing more than 150,000 employees. Apple posted $378.32 billion in revenues in 2021.

Steve Jobs, the Apple founder, is credited with transforming the firm’s fortunes after returning to the company in 1997. No company in the World has contributed as much as Apple in providing life-changing innovations.

Apple’s worldwide fan base is the most loyal, with millions of users who make long queues outside its stores whenever the company launches a new product. It is among the most loved brands in the World.

Founded by Bill Gates in 1975, the tech giant’s products include Microsoft, Visual Studio, M.S. Teams, and M.S. office. M.S. office is among the most notable and widely used products, becoming an indispensable aspect of our lives

The Windows Operating System developer was ranked the number two largest company in the World as of January 2022. Its market capitalization stood at $1.909 trillion and posted $168.08 billion in 2021. With a workforce of 221,000, Microsoft is among the largest employers in America.

The commerce segment is one of the sectors that has grown a lot due to technology. The retail sector has undergone tremendous change in the last decade thanks to technology.

Amazon as an example of an eCommerce platform embracing tech

Amazon is an e-commerce company that has successfully adopted technology to grow its fortunes. From starting as a little store selling books online, Amazon has grown to become the largest retailer in the World thanks to technology.

Headquartered in Seattle, Washington, the e-commerce giant employs around 1,608,000 full-time and part-time in the U.S and hires additional workforce during the holiday seasons. The company generated revenues of $469.8 billion in 2021 and hit $121.2 billion in the first half of 2022. Very few global companies match such impressive revenues.

The online betting industry is a crucial area where tech has improved the country’s economy and customers. From using dice and cards to placing a stake on your smartphone, tech has significantly revolutionized the betting industry.

Betting companies’ profits have risen thanks to technology. According to American Gaming Association, casino and mobile gaming apps raked $53 billion in revenue in 2021. In the first half of 2022, the profits hit $29.16 billion, growing 18% more than last year.

Caesars Entertainment Corporation as an example of an iGaming company

Started in the 1930s in Nevada as a single bingo parlor, Caesars Entertainment Corporation is a clear testament that technology can generate massive growth for a business. The company has properties in Vegas, California, Mississippi, London, Canada, and beyond and is a leading name in the sports betting industry, with over 40 casinos spread in five countries.

The company has operational betting licenses in 21 American states with an online presence of 15. The NFL’s official partner has sponsorship deals with several sports categories. Other major revenue streams for the company are hotels, bars, and restaurants.

The company has now embraced the online gaming movement and its users can use the Caesars Sportsbook established in New York and enjoy gaming on the go.

The following are some of the major communication and social platforms in the U.S.

Every internet user has heard of or used the Google search engine. Alphabet Inc. is the Google LLC parent company, headquartered in California. Google is the global market leader in the search-engine industry commanding a market share of 91.9%. Other popular Alphabetic Inc. products include Android and YouTube.

To connect Harvard University students, Mark Zuckerberg launched Facebook in 2004, becoming an instant hit. Two years later, the platform went public, and in 2010, the platform had more than 400 million monthly users. Other popular products are Instagram and WhatsApp.

In 2021, Facebook rebranded to Meta to emphasize its transition to Metaverse. In an interview, Zuckerberg claimed that Meta products benefit more than three billion people in the World who use the platform to share ideas, provide support, and make an impact.

Story and message sharing is the main activity on the Meta platforms, where more than 140 billion messages and over 1 billion stories are shared daily. Far apart, people stay close, thanks to Meta. In addition, more than 200 million businesses use Meta products to connect with their customers and grow their revenues.

Tech companies are the main drivers in innovation matters. They develop products that accelerate their growth and improve their customers’ well-being. In the U.S., tech companies have featured in every aspect of people’s lives, from communication to healthcare to gaming. Reasons To Use Alarm Monitoring Software For Your Business