Every year, companies roll out upgrades and innovations to their television sets, and average consumers like you and I don’t have the money to keep buying the latest version annually. Luckily, there exists a method to keep your old TV relevant and still usable for something besides a cable connection.

Media streaming devices have been all the rage recently as more people are learning how to become practical. This may partly be because we’re still fighting numerous worldwide crises but being thrifty and mindful of your expenses is always a great habit to develop. These are some of the best streaming devices you can get to modify your old tube into a fully capable smart TV.

The first device on this list takes the budget route with the Streaming Stick+ with fully supported streaming apps such as Netflix, Hulu, and Disney. You may have questions like where it came from, what is Roku, or maybe even question the point of buying something like this.

The answer is simple; the difference between a smart TV and one that’s not is its applications. Do you need to spend the extra money on a TV with basically the same features as the old one except for software upgrades? The only time purchase for the latest model television is justified if you’re moving up in resolution, HDR capabilities, and form factor.

Roku is a great inexpensive option for people who want a more minimalistic look because of its included HDMI stick drive instead of the traditional small digiboxes. If you have your TV mounted on the wall, you can plug this right in without having to make any significant modifications like you would with others.

Roku also comes with a touch and voice-activated remote control with a reasonably long-range receiver to cover your whole house. The Streaming Stick+ supports 4K and HDR content, making it great for earlier versions of 4K TVs. An excellent purchase for the features and the price tag it comes with.

The newest model of Amazon’s tried and true fire stick packs many features that blow its competitors out of the water. It has a selection of over 500,000 movies, Netflix, HULU, HBO, and even Prime Video. It can access most of the applications that people use daily, such as Facebook, Youtube, and Spotify.

The latest version also comes with support for Amazon Alexa, which is an AI-integrated smart technology for your house. Streaming quality can go up to 4K Ultra HD with HDR 10+ and Dolby Vision. The Fire Stick TV 4K also has a 1.7 GHz processor, which should be quicker and snappier than most options on this list.

Nvidia’s Shield TV is the fastest option on this list with an in-house made Tegra X1+ processor and one of the more advanced architectures for software and hardware out there today. The Shield TV is a streaming console meant for 4K TVs with a dedicated sound system. If you’re a gamer or even just someone passionate about quality entertainment, this might be the next worthy upgrade.

Dolby Vision HDR, Dolby Atmos Audio, and upscaling for non-4K content make your content streamed on Shield look and sound amazing. Support for most of the applications you would find on any other streaming device is also available for those wondering about its smart TV capabilities.

This is the latest version of the popular Apple TV, which has support for 4K content and a built-in Siri to navigate your applications better. The newest version aims to give users a more hands-free television experience because their flagship lines move in that direction.

Anyone that’s already immersed in the Apple ecosystem will benefit from this greatly as it comes with all the compatibility features you would expect from an industry-leading company. Content is seamlessly mirrored from your Mac or handheld apple device to your Apple TV without having to worry about connectivity issues. 4K HDR and Dolby Atmos are a great addition to the existing technology.

The Bolt OTA is a splendid choice for people who’ve decided to cut their cable connection entirely and want to focus on streaming applications exclusively. The option to purchase a digital antenna with the Bolt OTA makes this a great way to record shows over the air and replay them anytime.

TiVO markets their device as a digital DVR while being a media streaming device for applications such as Netflix, HULU, Prime Video, and Youtube. A heft 1TB of memory will ensure that you won’t have any problems recording any of your favorite shows for playback.

The time to dust off that old LCD, LED, or Plasma from your attic is now, and take it into the living room for everyone to enjoy. These media streaming devices are invented to reignite our older TV sets and save us the money from buying the latest models or upgrading to a different brand. Lower back pain: Perhaps you leaned the wrong way while … 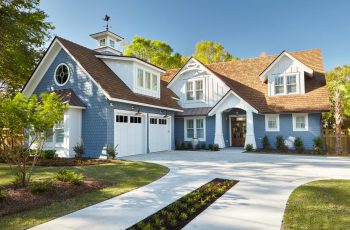 When it comes time to sell, everyone wants to get …