These Are The 3 Most Important Crypto After Bitcoin When most people think of cryptocurrency they immediately think of Bitcoin. The reality is that there are hundreds of coins available. Each has a value and even a specific use aside from just buying and trading. There are altcoins that are used to fuel the blockchain applications like a casino or data file storage.

Some are used to create a provenance of goods so they can’t be forged since there is a record on the blockchain of every transaction. There is a coin for pretty much everything these days.

There are not that many that come close in terms of value compared to Bitcoin, but since they do have other uses they can be very valuable in other ways. In this article, we will explore what some of these coins are and why you may want to invest in some of them.

One of the biggest reasons that the Ripple to USDT value is so high is that it is a very low risk, yet high reward coin that is very attractive to new investors.

It is a great coin as it was built with fencing and investing in mind. Since financial payments can be complicated, Ripple was created to simplify the process. In doing so, it has become the standard in paying for transactions across platforms. It has the ability to facilitate payments in any kind of currency you prefer and even other cryptocurrencies.

The price per coin is very low and that makes it an easy entry point for those wishing to buy their first cryptocurrency. It had a high of a little over $3 before the crash in 2018 so if it hits that again you can make a tidy amount of cash.

The coin that is second in value to Bitcoin most of the time is Ethereum. It not only has a good amount of value that makes it attractive as a coin to buy, trade and hold, but the blockchain is showing itself to be very useful.

The Ethereum chain has the ability to build apps upon it. Called decentralized apps or dapps, they are very secure so a casino, database or even an online store can be built upon the chain and take advantage of all the benefits. The more the chain gets used, the more steam is needed which creates a sort of ecosystem that is self contained.

There could be a rise in its value this coming year as they move from a proof of work to a proof of stake system that uses a lot less energy. The network still stays secure with this system and is also easier to manage. This makes it even more valuable which reflects on the price.

One of the major problems with Bitcoin is the difficulty to scale it up since it can only process a limited amount of transactions in a second. To remedy that, Litecoin was formed. As its name suggests it is a lightweight coin as opposed to the behemoth that is Bitcoin.

The transactions are much faster as it uses a proof of work system that uses scrypt. This is fast even though its proof of work since miners can use consumer grade hardware to verify the blocks.

*This article has been contributed on behalf of Paxful. However, the information provided herein is not and is not intended to be, investment, financial, or other advice.

Post Views: 33
Tags:Crypto After Bitcoin
Share on FacebookShare on Twitter
ABHIYAN23rd February 2021
the authorABHIYAN
Abhiyan Chhetri is a cybersecurity journalist with a passion for covering latest happenings in cyber security and tech world. In addition to being the founder of this website, Abhiyan is also into gaming, reading and investigative journalism.
All posts byABHIYAN
Leave a reply 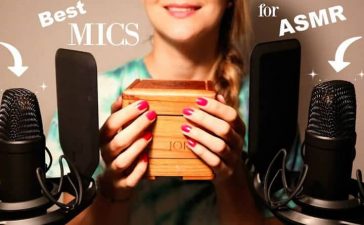 Be the best with your Pro Audio, ASMR gear! 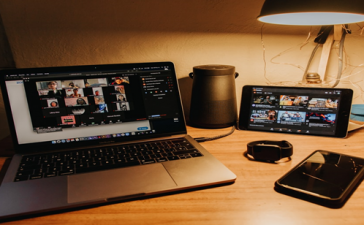 Advantages of Alarm systems in your home or office

Top 5 reasons you need to adapt to OCR software for math equations today!