The TechRim > Blog > Others > Things To Do At Escape Rooms
Others

Things To Do At Escape Rooms If you’ve never been to an escape room before, the goal is to get out of a locked room in a certain amount of time (typically 60 minutes). Players work together to solve a series of puzzles and riddles by using the room’s setting and clues. It’s a great way to build relationships with friends, families, and coworkers. In fact, we have also seen couples do them alone. Some of the most popular games all across the world are Lost Games, The Basement in Los Angeles, The Office in Philadelphia, Escape To Win, and others.

There are many escape rooms spread across the continent. Now, it’s always bound to have some favourites. For example, the Vegas escape room. But what makes it so special? Let’s find out. In this blog we will find out the most special and exciting escape rooms in Vegas.

Why Escape Rooms Are Special?

Escape rooms are a great way to challenge yourself in a different way. The right escape room challenge will keep you busy for an hour and is great for people who like to solve puzzles. We looked at all of Las Vegas’s escape rooms and picked the 5 best ones that has the potential to even satisfy the hungriest souls looking for some excitement and fun.

The escape room experience in Las Vegas has acquired a sterling reputation for its complexity and intensity. The Basement does not provide many themed games, but it does offer the thrill you’re looking for. It will test your nerves, determination, and problem-solving abilities.

The Basement is a unique, interactive experience. The game has a theatrical sense due to the presence of actual actors. According to The Basement’s website, actors occasionally touch players as part of the game. Even though the touch is modest (for example, a hand on the shoulder), not everyone will be comfortable with it. The Basement’s escape challenges are limited to 10 participants. If you wish to secure a room for a group of fewer than ten people, you must purchase all ten spaces. The Basement also offers team building packages for larger groups.

The Escape Game has four different escape rooms on the Strip that each offer a different kind of adventure. The 60-minute adventures are fun and different, and you never know what will happen next. Playground, Heist, Prison Break, and more are some of the themes.

The Escape Game is in the middle of the city, and all games cost only $38.99 per person. The Escape Game is also good for the whole family. Due to how hard the challenges are, players should be at least 13 years old. However, children over the age of 4 can come in for free.

The Cabin – Number One Escape Room

This room’s ambiance and set design are suitable for an atmospheric game set in a lodge in the woods. We loved how the room arrangement gave a sense of progression by creating anticipation for the following region of the game. The atmospheric choices significantly impede down puzzle solving. You must complete elements of this room’s puzzle in the dark (with a flashlight).

We propose a minimum team size of two for enthusiasts, as the room is not particularly difficult. Beginners are permitted to bring more. Ample parking is provided. If you desire a two-hour experience, they offer a back-to-back with the Shed.

The game is based on Suzy Creamcheese, who in the 1970s designed clothes for a lot of famous people and bigwigs in the Las Vegas mob. During the game, Suzy is caught with a lot of cocaine at a party by the police, and she is sent to one of the worst prisons for women in the country. Suzy got more cocaine into her jail cell, and after a long night of partying in her cell, she forgot where she hid her stuff from the guards. Your job is to follow the trail of partying clues to help solve the mystery and find her stash of goodies.

If you are looking for a Las Vegas escape room game with a format that forces you to consider your every step, then you should book Trapped! Escape Room Las Vegas Operation: X-13. Polaris Avenue is the location of Trapped!

The Operation: X-13 Escape Room in Las Vegas pits you against a Cybortek organization that is creating a secret genetic formula. The technique endangers the lives of all humans by transforming them into mercenary organizations that become the ideal killing machines against humanity. Once inside the factory, you must use your investigative abilities to locate the recipe in the CEO’s office while evading sirens, C-4 explosives, and countless flesh-cutting lasers.

Like Las Vegas, escape rooms virginia beach also offers tons of new adventure that will seduce you ton come and visit. Be sure to drop by there if you’re also an enthusiast.

Share on FacebookShare on Twitter
Amy Rey25th May 2022
the authorAmy Rey
Lifelovesu2@gmail.com
All posts byAmy Rey
Leave a reply 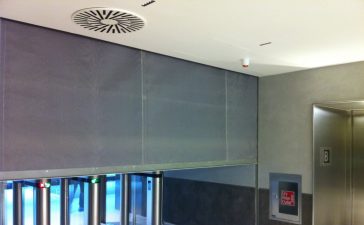 Why Smart Buildings Are The Future

EVERYTHING YOU NEED TO KNOW BEFORE BUYING YOUR CAR SEAT COVER