The TechRim > Blog > Others > What is the Best Way to Organize Game Night With Your Friends?
Others 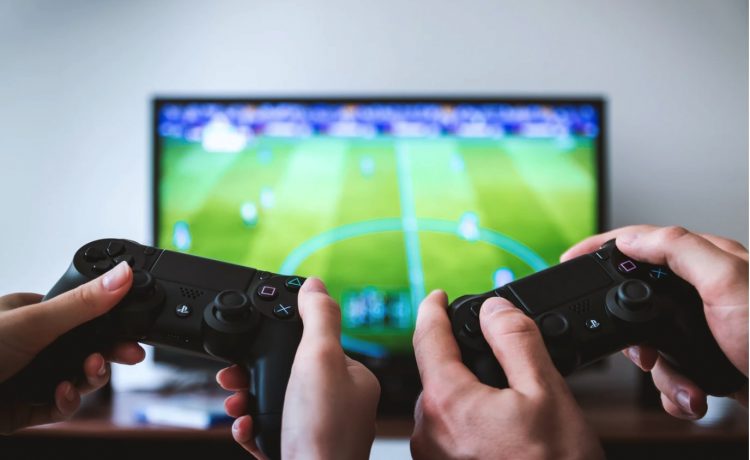 There are few better ways to have fun and get closer to your friends than by playing games together. Competing together on a single team creates a sense of camaraderie as you support each other to take on your rivals. Similarly, competing against each other can also bring you together as you get the opportunity to develop a friendly rivalry.

In the past, the only way to host a game night was to be together in the same room while you played. Card and board games required you to be sat together, while older consoles split the screen in half to let two of you play together.  Even with computer games, LAN parties were typically the only way you could compete with others.

Things have moved on a long way since then though and it’s now possible to play with and/or against your friends while you’re in other rooms, towns, or countries.

With so much flexibility, you may be wondering what the best way to host a game night is. Well here are the best options you have available.

Of course, you can still host a game night at your house. This gives you a lot of flexibility about what games you can play together, since you can mix and match with board games, card games, and video games.

If you’re planning to host a game night where you invite your friends around, there are a couple of things you need to consider.

Firstly, make sure you’ve tidied up first. There’s nothing more embarrassing than having guests round when your home looks like you’ve been burgled. Clear away any clutter, run around with the vacuum cleaner, and air the room by opening the window.

Next, plan the games you want to play. There are, of course, an almost infinite number of choices ranging from video games like Among Us to board games like Monopoly. If you’re not sure on which ones to pick, outsource your decision making. Send a group message to ask for suggestions or prepare several options for people to vote on when they arrive.

Finally, get some refreshments ready. Perhaps you’re going to order some pizzas to be delivered, but you’ll still need to have a stock of drinks for people to wash them down with.

The great thing about hosting a game in person is that it’s a private affair that isn’t going to be interrupted by strangers who also join the party like happens regularly online.

If you can’t all be in the same room together, then you can move your private game online.

How To Add Friends on Steam & Invite to Party

Of course, there are plenty of video games that you can play online using any modern games console, smartphone or computer. Most will allow you to create a private server or lobby and invite just your friends to take part.

If you prefer playing cards with your friends, then you can still have a private poker game over the internet. For example, leading companies like PokerStars India offer a service called Home Games where you can start your own poker club. You all just need to download the software on your computers, smartphones and tablets and enter the club’s ID number to join.

If you’re a PC gamer, you have a lot of flexibility to host your own servers for online games. On some titles, this will also allow you to install mods and custom maps that can add a bit of variety to your game night.

If you are hosting your own server, you do need to consider how fast and stable your internet connection is. If it is prone to dropping out or you don’t get good download and upload speeds, you may want to look at ways to fix it or ask one of your friends to host the games.

If you are your friends aren’t concerned about playing in private, then you can also just arrange a time to all play online and join a public lobby together. The exact steps you need to take to do this will vary from device to device and game to game, but as long as you’re in each other’s friends lists it should be fairly straight forward.

Of course, playing together in a game that’s open to the public gives you the ability to team up on everyone else and/or defend each other from others.

However you play your favorite games together, hosting a game night with your friends is a fun way to spend time together.

Tags:Game Night
Share on FacebookShare on Twitter
ABHIYAN19th February 2020
the authorABHIYAN
Abhiyan Chhetri is a cybersecurity journalist with a passion for covering latest happenings in cyber security and tech world. In addition to being the founder of this website, Abhiyan is also into gaming, reading and investigative journalism.
All posts byABHIYAN
Leave a reply How IoT Will Drive The Future Of Smart City Development

5 Best Address Search Engines To Use This 2021

How to make the cleaning inspection more efficient?